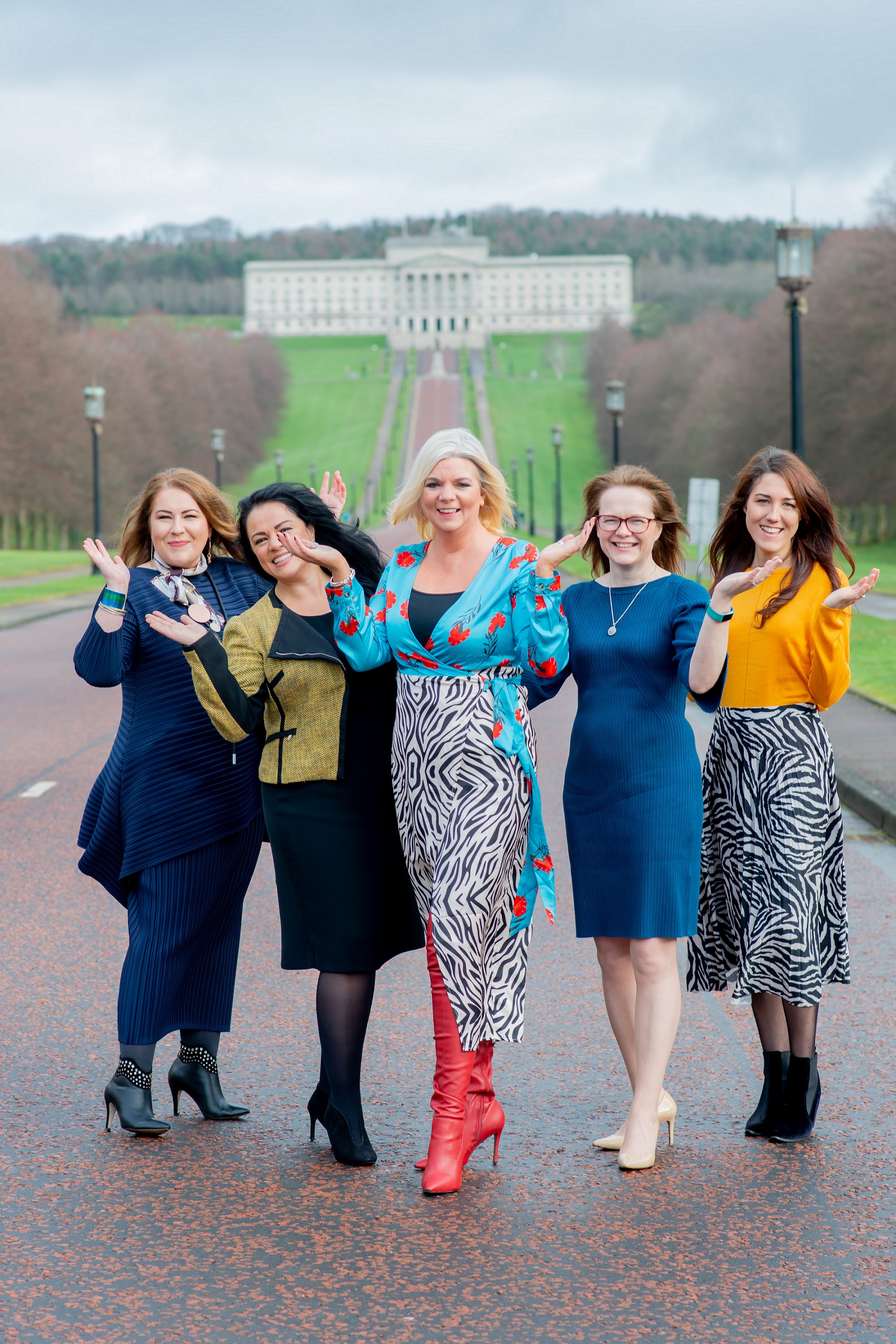 In conversation with former BBC correspondent-turned PR pro Natasha Sayee, the US Consul General, who took up post six months ago, will share her experience and insights with an expected audience of around 100 local women. Elizabeth Kennedy Trudeau previously served as the US Department of State’s Director for Press Operations and spokesperson in Washington DC and worked previously a director of communications for a private charitable foundation.

Supported by RNN Communications, this event is the culmination of a year’s work by Women in PR NI’s founders, Michelle Canning and Sara McCracken. Following a Chartered Institute of Public Relations (CIPR) session in October 2017, Michelle and Sara identified a need for a new type of organisation that would encourage peer support and personal and professional development within the communications industry in Northern Ireland.

As senior communications consultants - Michelle as Head of PR for the Housing Executive and Sara McCracken as Head of Marketing, Research and Communication at the Controlled Schools' Support Council – the duo created Women in PR NI, an independent initiative that has amassed the support of over 250 women in just one year.

“Following the CIPR event, many women approached myself and the other panellists with questions around personal development and peer support. It was clear that this was a conversation that needed to continue.

“Sara and I decided that we needed to do something to effect change. We wanted to create an independent network that would explore the issues and barriers that affect women working in the communications industry, and to identify solutions. And so, Women in PR came into being on International Women’s Day 2018,” comments Michelle Canning, Co-Founder of Women in PR.

Over the past year, Women in PR NI has worked to enable women to fulfil their potential by delivering a bespoke programme and availing of the expertise and support of other women.

Co-Founder, Sara McCracken adds: “Michelle and I have been amazed at the level of support that Women in PR NI has received from both members and businesses over the past year.

“We’ve removed all barriers, including cost, and our events are regularly fully subscribed, such is the demand for this kind of network. For the past year, our events have been generously sponsored by members and our facilitators, and we’d like to thank everyone who has played a role in making Women in PR NI the successful group that it is today, including RNN Communications which is playing an important sponsorship role in our International Women’s Day event.”

The Women in PR NI International Women’s Day event is being supported by the team from RNN Communications - a female-led integrated communications agency that values its culture and its team’s wellbeing as integral to the agency’s success. Working across Ireland, delivering both consumer and corporate PR campaigns, Founder, Riki Neill, and Senior Consultant, Jill McLernon, have been members of Women in PR NI since its inaugural event.

“We’re incredibly proud to be supporting this milestone Women in PR NI event. Our support demonstrates our commitment to the organisation and is in recognition of the efforts of Michelle and Sara, which have been nothing short of incredible!

“Our team culture at RNN Comms is one of our proudest achievements, and by supporting this event, we’re hoping to help foster positivity and wellbeing within the PR and communications industry in Northern Ireland,” adds Riki Neill, Director, RNN Communications.

Women in PR NI’s anniversary celebration at Stormont is being sponsored in the Long Gallery by Michaela Boyle (SF), MLA for West Tyrone and co-sponsored by Paula Bradley (DUP), MLA for North Belfast, and Rosemary Barton (UUP) MLA Fermanagh/South Tyrone. Members of the Women’s Caucus at the Assembly will also be attending.

For further information on the event, email: womeninprni@gmail.com or contact the organisers via twitter @WomenInPRNI | RNN Communications’ new service, RNN Live will be broadcasting live from the event via RNN Comms’ social channels.