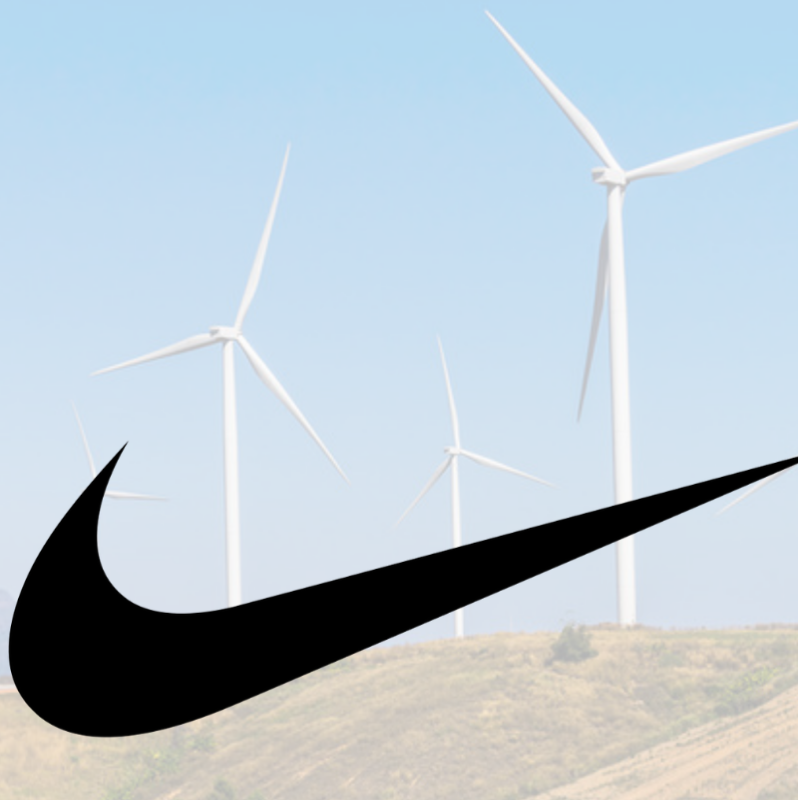 Working with Avangrid renewables to source 86MW from the Karankawa Wind Farm near Corpus Christi in Texas, and energy firm Iberdrola which will supply Nike’s European factories and stores with 40MW of clean power from the Cavar wind complex in Navarra, Nike will be progressing past the 75% mark as it aims to source 100% renewable power globally by 2025.

The aim of sourcing 100% renewable power globally was set by the sportswear firm after it joined the RE100 initiative, setting an interim target to achieve 100% renewable status across Europe by 2020.

The RE100 is a collaborative, global initiative consisting of more than 150 influential businesses who have committed to achieving 100% renewable energy. The Climate Group, in partnership with CDP, created RE100 and work with leading businesses including The IKEA Group, Apple, eBay, Aviva, BMW Group, The Carlsberg Group, Citi and Diageo to name a few.

According to IRENA, the International Renewable Energy Agency, businesses within the commercial and industrial sectors account for two thirds of the world’s end-of-use of electricity. Therefore, by converting this demand to a renewable energy, it will aid not only the transition to a low carbon economy but also the acceleration of the transformation of the global energy market.

As well as the RE100, Nike has joined numerous global initiatives including We Are Still In, a response to the announcement that the US would withdraw from the Paris Agreement, and The Ellen MacArthur Foundation which aims to build a framework for an economy that, by its design, is restorative, regenerative and circular.

Nike has also recently joined together with other major companies to commit to setting targets for the reduction of emissions reduction targets through the Science Based Targets Initiative.