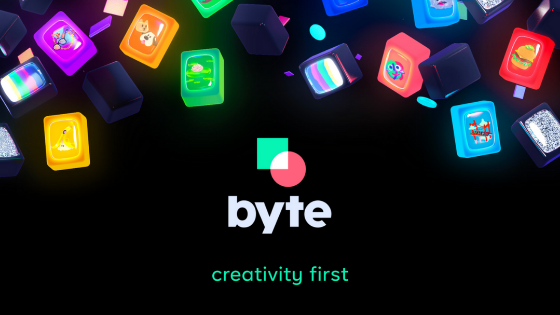 Stepping into the ever-growing world of social media apps must be daunting, no one wants to be a ‘flash in the pan’, briefly talked about before being relegated to the social media archives along with the likes of Periscope, Bebo and MySpace among others.

However, Byte, a new(ish) social media video platform has taken advantage of the increase in video usage and just launched – or should we say re-launched? Byte, previously known as Vine, was downloaded 1.3 MILLION times in its first week in its new incarnation as Byte - better than its predecessor’s performance in the same time period.

The difference between Byte, and its former Vine is monetization! Byte founder Dom Hoffman has vowed to ensure that the platform's top creators and influencers would get paid for their work. In order to entice influencers and content creators to use a new app over their current preferred platform, in 2020 money and incentives are a major driver.

But why would another social media video platform be so popular already? Well simply because there has been an explosion of growth in video on social media in recent years. Between 2016 and 2017, views of branded video content increased 99% on YouTube and 258% on Facebook and on Twitter, a video Tweet is six times more likely to be retweeted than a photo Tweet.

The popularity of the video is not going to slow down in the near future and with that outlook perhaps Byte is going to continue to grow, even with what some may see as an over saturated market. As social networks are about sharing experiences, a video communicates more in visuals, sound and feeling than words or images alone would do. You want to read about a chocolate fudge cake, or do you want to watch it and see how the chocolate temptingly melts over a gloriously rich sponge? Which would make you run out to the shop to buy it? Video gives you more and that’s why people can’t get enough of it on social platforms.

As previously stated, with Instagram, Snapchat and now TikTok, the market is nearly at capacity and the climb for Byte will not be an easy one, but it is off to a good start, many marketers feel it already has the potential to be 'the next big thing'. Watch this space!