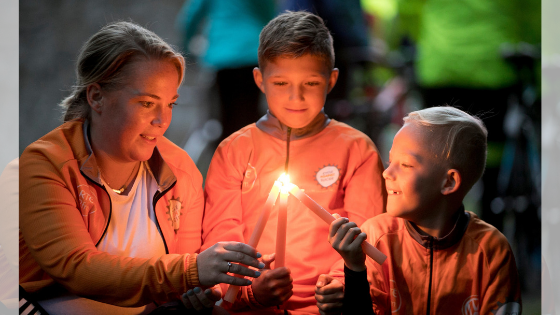 Riki: In the last four weeks, I have travelled across Ireland, from Doolin to Dublin and everywhere in-between. From working at the Lisdoonvarna Matchmaking festival to attending M.B.McGrady & Co. Chartered Accountants’ Charity Beer and Bubbles 5k this evening, it’s been a month of exciting events. However, my most memorable moment was on Tuesday past, spent in the Hole in the Wall bar, beside Phoenix Park in Dublin.

Working for our client, Cycle Against Suicide, we gathered alongside hundreds of cyclists, friends and supporters of the charity to raise awareness of the risks of suicide on World Suicide Prevention Day. We heard heart-breaking stories of loss, battles with mental health, fight and determination and collecting we took part in the ‘Lighting of the Lights’ to honour all of those who have lost their life through suicide - a poignant moment of reflection.

Being part of the day also reinforced the need to check in on others regardless of their status, wealth or situation; and to do what we can to help break the cycle of suicide in Ireland.

It's OK not to be OK, and it’s absolutely OK to ask for help

Pictured are Cycle Against Suicide supporters from Finglas, Amy Martin with her son Jake O’Callaghan (7) and friend Robert Fleming (9).