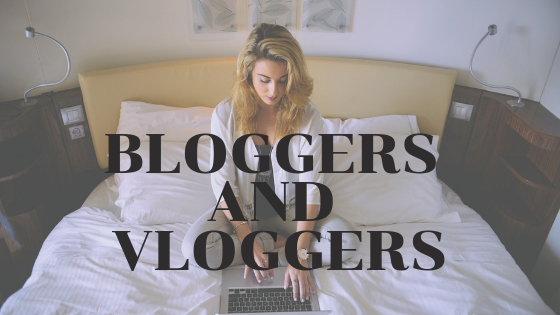 The list, complied by the Sunday Times, is based on how many loyal subscribers they have and their social media engagement.

Topping the list is YouTube star PewDiePie. Aged 29, he is the second most subscribed person on YouTube with an estimated net worth of almost $30 million… with his fame and wealth coming from his YouTube Channel!

From the bedroom bloggers of the early 2000’s to the Instagram influencer and YouTube star of today, influencers have been known to sell £10,000s worth of merchandise from a single post, as well as charge £10,000s for a single post promoting a brand.

With digital influencing becoming an industry in itself, it is no surprise that many bloggers and vloggers are giving up their day to day jobs to concentrate on growing their channel.

One of the surprising things we noticed about the top 100 digital influencer list, is the lack of typical celebrities. Most, if not all, of those listed have made their name through their blogging and vlogging channels. They have become experts in their genre whether that is beauty, gaming or parenting, and they have built their own communities and fan base around the content they share.

As we approach 2020, it would seem that we are now seeing a new type of ‘celebrity’ on the rise!