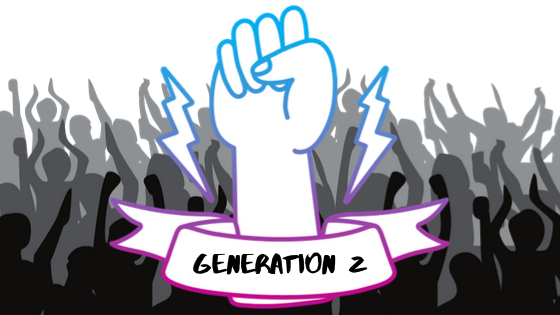 - Mission: To Save the Planet -

As the words of 16-year-old Greta Thunberg echoed across the 2019 U.N. Climate Action Summit, leaders and decision makers from across the world were exposed to the anger and anxiety of the Generation Z.

Armed with passion, knowledge and the power of social media, Gen Z are disrupting political norms and fighting back against the redundant environmental policies of the past.

With scientists warning that there is a 12-year time limit to get the environmental change under control and prevent global temperatures rising more than 1.5C or the planet could face an environmental catastrophe, it is the younger generations who are stepping up when it comes to making and initiating changes.

In reality, in 12 years time Generation Z will still be young (Greta Thunberg will only be 28 years old) and it will be they who have to face and deal with the implications of decisions and lack of decisions made by the previous generations. The actions of the young people are not one of idealism but rather of need – their need to protect the world they will live in, work in and raise their children in.

Rather than talking like previous generations, Generation Z are doing, taking actions, pressurising for changes and utilising social media to make things happen. Nine year old Milo Cress started The Anti-Straw Movement in 2011, utilised social media to pressurise change in the behaviour of multinational companies like Starbucks and McDonalds while the Facebook page Kids Cut Conflict Palm Oil, along with the Australian NGO Wildlife Asia, successfully lobbied Pepsi Co to stop working with an Indonesian palm oil supplier over deforestation and labour concerns.

It is vital that these big brands and global companies hear the shouts of those lobbying for climate change, as it is those who will be their consumers in the future. It pays to listen to Gen Z's passion for environmentalism and prepare to face the future together.